By lindasbookobsession in Uncategorized on November 17, 2019November 12, 2019
No comments 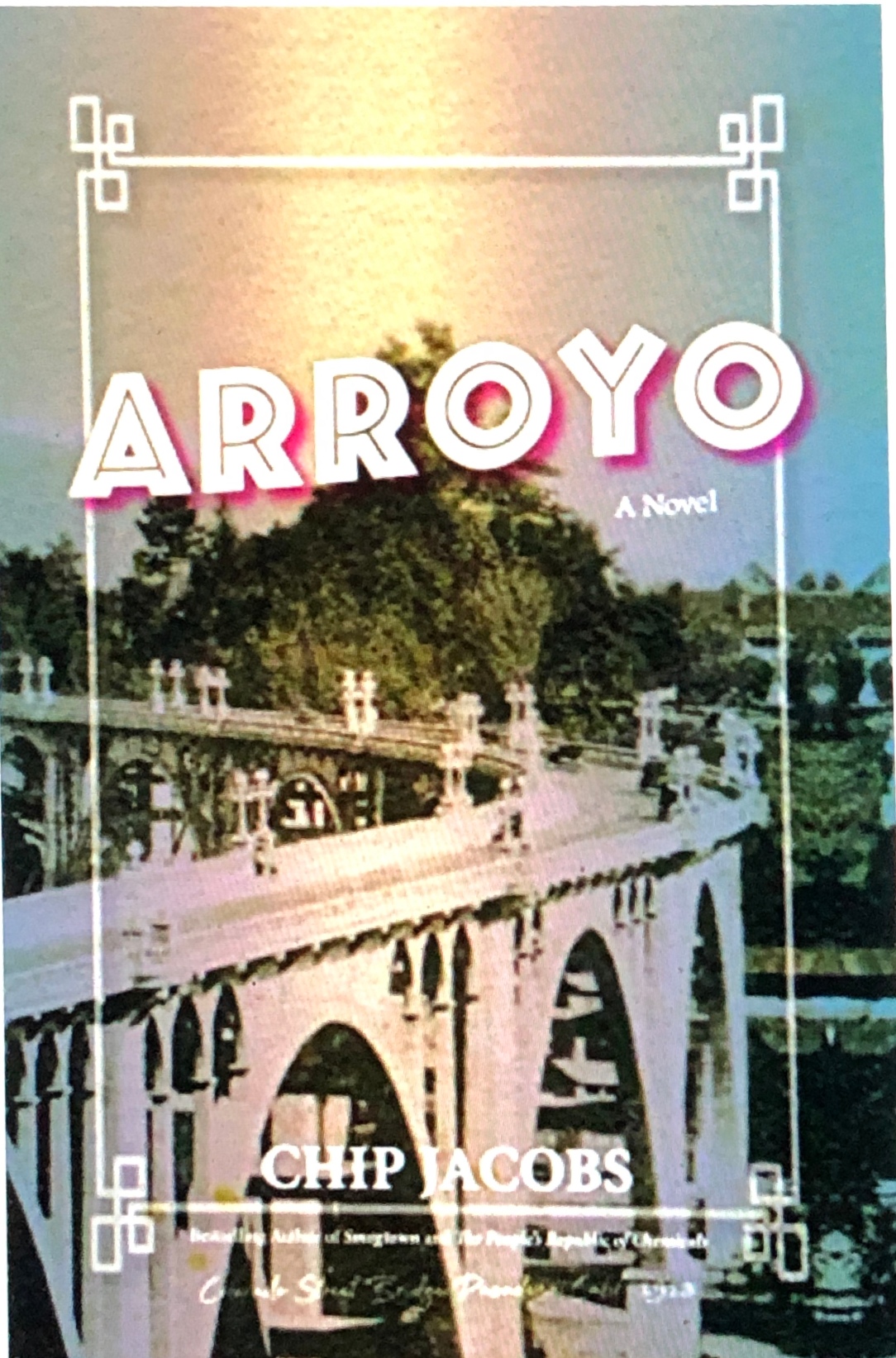 Chip Jacobs, Author of “Arroyo” has written a unique, intriguing and creative novel. The Genre for this novel is Fiction. There are glimpses of other genres such as History, Time-travel, Romance, and Paranormal. There is an underlying theme of good vs. evil. There are two parallel timelines in this novel, with the same characters. From the Blurb, “Arroyo tells the parallel stories of a man and his dog in 1913 and 1993. The story takes place in Pasadena California. The author describes his characters as complex, complicated and quirky.

Both stories center around “Suicide Bridge” or “Colorado Street Bridge. Nick Chance is an inventor but does have to do other things to survive. His dog seems to be “clairvoyant” and yet behaves at times like a frustrated and stubborn dog will do.  In 1913, Nick has the responsibility of lighting up a new bridge, which will allow the new automobiles to cross over. Nick doesn’t realize the major changes to the beautiful area that this will allow. Unfortunately, there is a collapse and deaths early in the building. There is some speculation as to why this happened.

Nick and his dog do get to meet some famous people. In the parallel story, which is later in time, Nick has the possibility of seeing what happened in the parallel past. What dangers and consequences will occur?

I would recommend this combination fable-like and historical story for readers who enjoy unusual adventures.