Information About Susan Henderson Author of “The Flicker of Dreams”

By lindasbookobsession in Uncategorized on March 10, 2018
No comments

THE FLICKER OF OLD DREAMS

Mary Crampton, a 30-year-old mortician, has been an outsider her whole life. From the time she was a child performing funerals for her dolls on the front lawn in her small prairie town, Mary has grown to prefer the company of the dead—relationships where she and the deceased can expose their vulnerabilities without judgment. But that is about to change.

When a dishonored and long-absent resident returns to Petroleum to bury his mother, Mary finds herself caught between the town’s deeply held resentments and the dark history they all share. Forced out of her self-imposed solitude and into the world of the living, she must face injustices and passions she believed she had buried.

The Flicker of Old Dreams is a story about the tension between those who fear and those who desire change; the beauty and grit of a town in its last gasp for life; the universal cry for dignity; and the revived hearts of a pair of outsiders who decide to break from tradition and dream bigger lives.

Early readers have compared The Flicker of Old Dreams to Richard Llewellyn’s How Green Was My Valley and John Steinbeck’s The Grapes of Wrath.

Praise for The Flicker of Old Dreams:

The Flicker of Old Dreams is at once a vivid and wildly compelling study of small town American life and an intimate and incisive exploration of the human condition, from love to loss and beyond. If Shirley Jackson and Kent Haruf had a love child, she might write like Susan Henderson. —Jonathan Evison, New York Times bestselling author of West of Here and The Revised Fundamentals of Caregiving

This novel is so breathtakingly good, so exquisitely written. About a female mortician, about a childhood tragedy that still haunts a damaged young man, about the endless landscape and about those tiny sparks of possibility. Oh my God. Trust me. This book. This book. This Book. —Caroline Leavitt, New York Times bestselling author of Cruel Beautiful World

Like the wind scours paint from an old grain silo, Susan Henderson’s writing scours away all the pretend niceness of small town life in Montana to reveal the frayed and patched nature of humanity.  Nobility, ragged resilience and hope compete with small-minded ignorance in a story of unlikely friendship that is sharply detailed and so beautifully written. —Helen Simonson, New York Times bestselling author of Major Pettigrew’s Last Stand and The Summer Before the War

Susan Henderson offers us the wondrously sharp picture of small town Petroleum, Montana, where the past comes back on two feet and a blizzard rages. The Flicker of Old Dreams is a fine novel, heartfelt and bracing company. It is a gem. —Ron Carlson, Pushcart Prize and O. Henry award-winning author of At the Jim Bridger and Ron Carlson Writes a Story

Susan Henderson’s The Flicker of Old Dreams is a clear-eyed, wise, and poignant tale of losses and gains, told with tremendous empathy and grace. —Therese Anne Fowler, New York Times bestselling author of Z: A Novel of Zelda Fitzgerald

Susan Henderson has secured her position as one of my favorite novelists. You won’t be able to turn away from this tender, elegiac and haunting novel that beautifully exposes the human heart, the human body, and the human condition. —Jessica Anya Blau, nationally bestselling author of The Summer of Naked Swim Parties and the critically acclaimed The Trouble with Lexie

A truly magnificent work of art. The soul energy that is pushing through this story is unstoppable, beautiful, vulnerable, powerful. It reads like a song, an elegy to the dead and dying and death itself with such a freshness of discovery as if all this death and dying were actually some deep part of living. Her microscopic and telescopic eyes see it all and give the reader an insight to humanity from almost every angle. Her sense of place is as good as the greatest of writers. —Jessica Keener, author of Night Swim and Strangers in Budapest

God, this woman, the way she writes! —Virginia Stanley, Director of Library Marketing, Under the Radar, Over the Moon

This book. This author. This writing. I am struggling to find adequate praise—I did not want this to end. —Ron Block, host of  A Cook and a Book

Susan Henderson is a five-time Pushcart Prize nominee and the recipient of an Academy of American Poets award. She is the author of the novels Up from the Blue (HarperCollins, 2010) and The Flicker of Old Dreams (HarperCollins, 2018).

Shorter work has been published in The Future Dictionary of America (McSweeney’s Books, 2004), The Best American Non-Required Reading (Houghton Mifflin, 2007), Not Quite What I Was Planning: Six-Word Memoirs by Writers Famous and Obscure(HarperPerennial, 2008), Drinking Diaries (Seal Press, 2012), Create a Writer Platform (Writer’s Digest, 2012), as well as a number of magazines and newspapers.

In 2009, Susan attended the Squaw Valley Community of Writers workshop on a full scholarship. She lives in New York and blogs at the writer support group, LitPark.com.

ENJOY THESE PICTURES FROM THE STORY 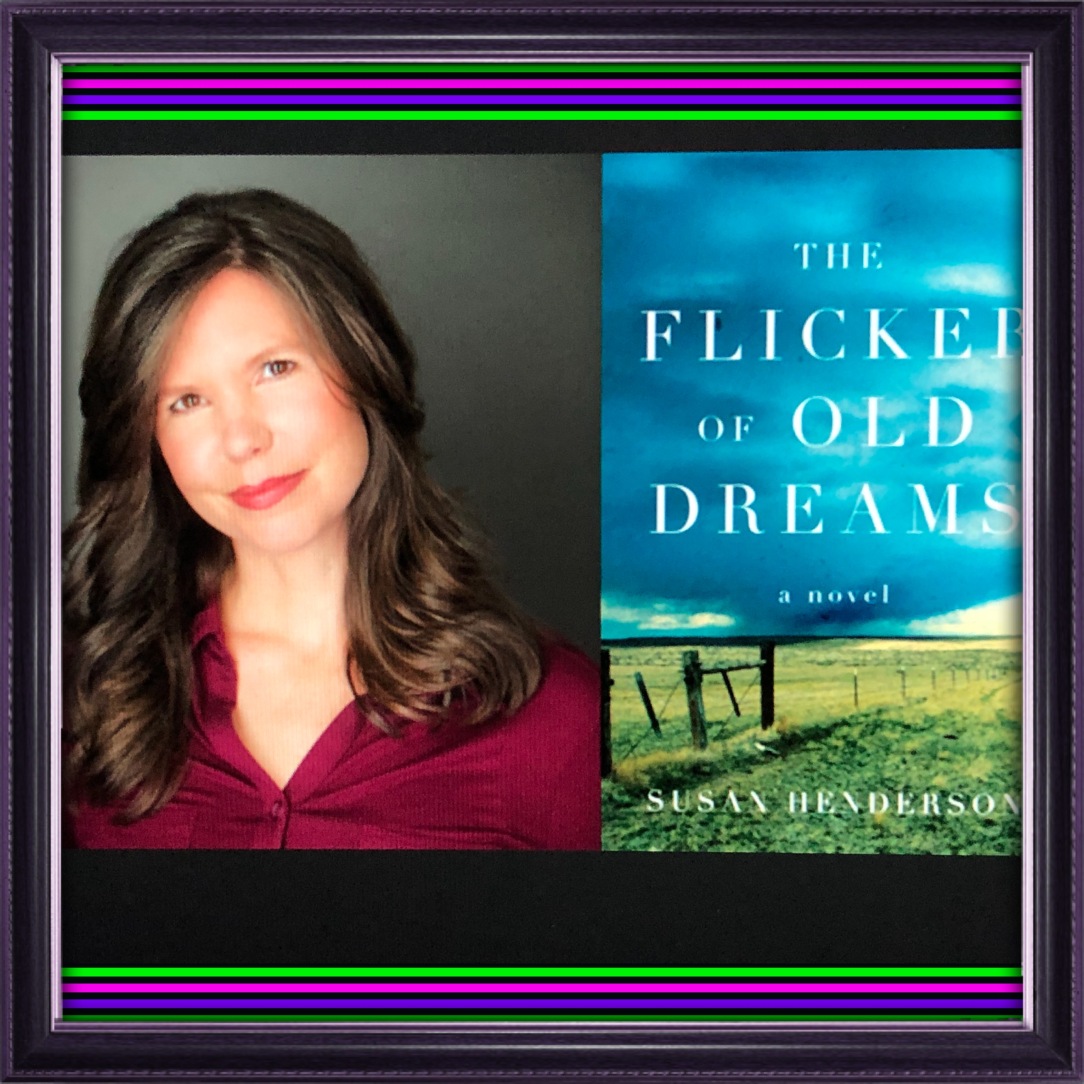