By lindasbookobsession in Uncategorized on April 5, 2019
2 comments 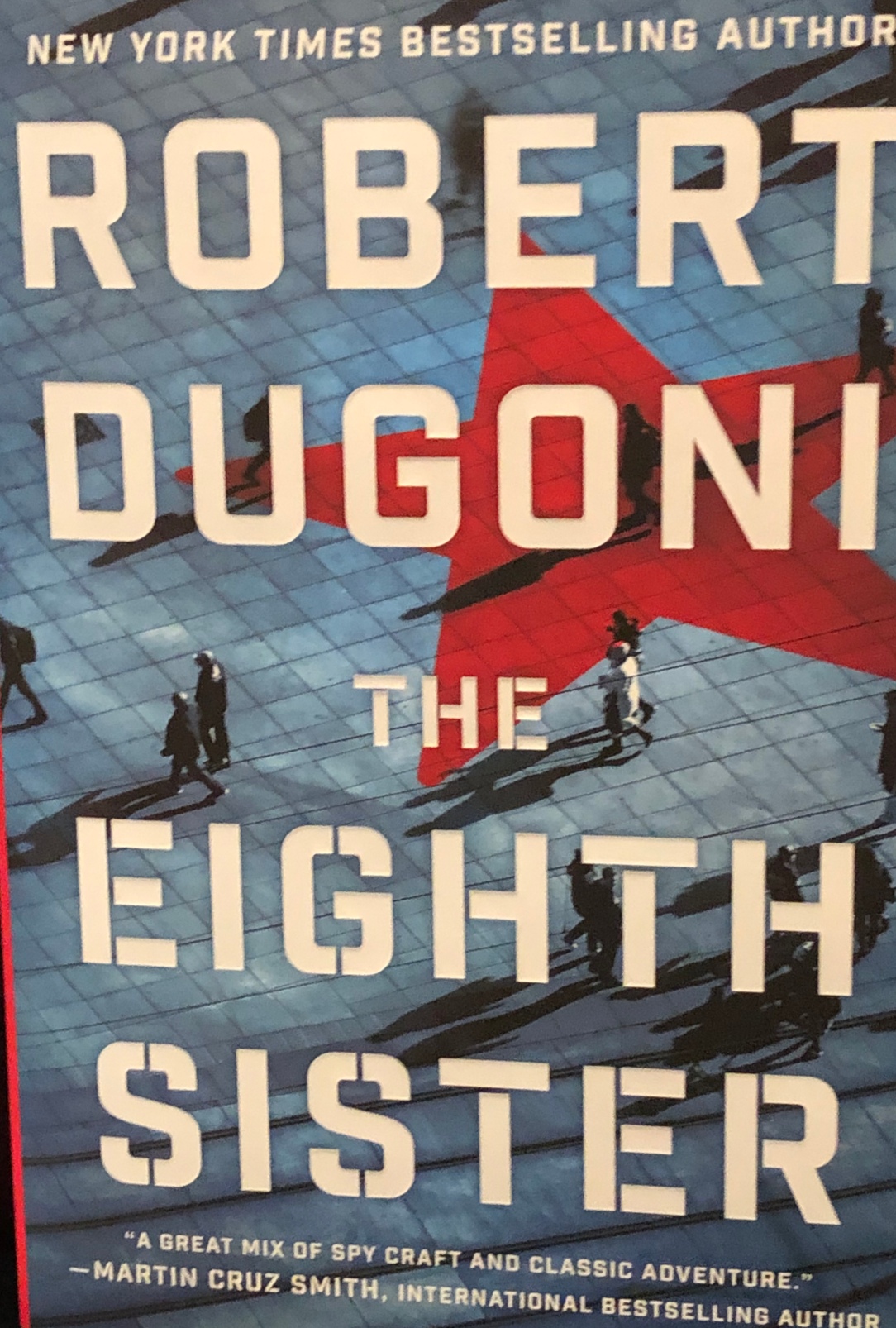 Robert Dugoni, Author of “The Eighth Sister” has written an intense, captivating, intriguing,  chilling and thrilling,  suspenseful, action packed, page-turning novel. The Genres for thiovel are Espionage, Mystery, Suspense, Legal and Criminal Thriller. .  This novel plays out like a game of chess, or cat and mouse game. There are twists and turns. The time-line for the story is in the present and goes to the past when it pertains to the characters or events of the story.  The author describes has dramatic cast of characters as complex and complicated.

Former CIA Agent Charles Jenkins, is now in his sixties with a young family.He is also working  in a security consulting business with some other partners , which is going bankrupt.  It seems luck might be with him or not, but a blast from his CIA past, his former boss approaches him and offers him the opportunity to work for the CIA and save some lives and also make some fast cash.  Jenkins will have to go to Russia, and locate some people. This is dangerous, and if his mission goes off, the CIA will disavow any knowledge of him or his activity. Now this has become a game of life and death.

It seems that Jenkins has some very formidable Russian agents after him. Not only that, if Jenkins makes it home, he has other major problems .I would highly recommend this riveting novel for readers who enjoy suspenseful stories.