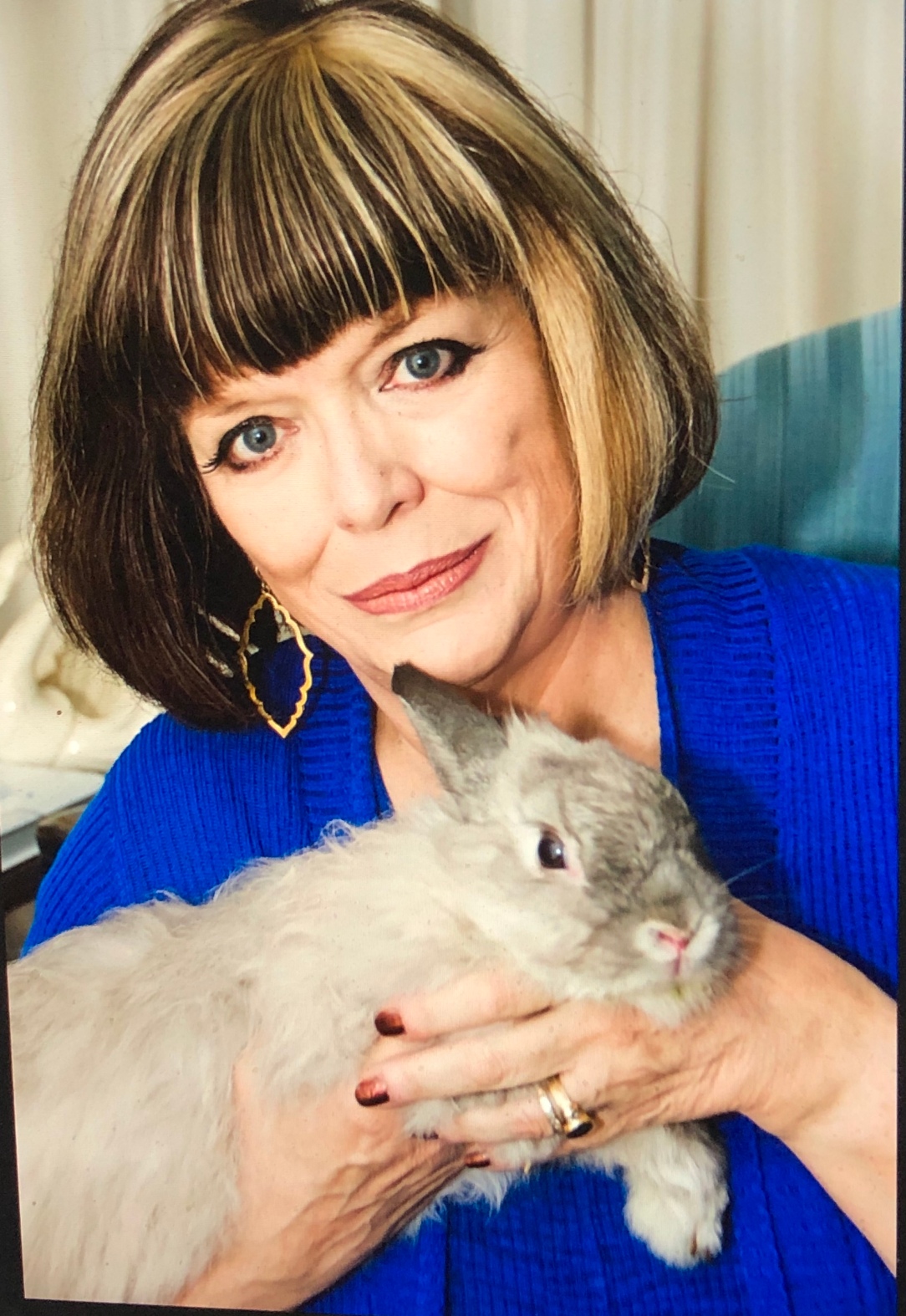 I began writing fiction in 1999 while I maintained a successful career as a public relations executive (American Express, McDonald’s, Texas A&M University). One day at a Whole Foods, I saw a mug with words aimed straight at my heart: Go confidently in the direction of your dreams! Live the life you’ve imagined—Henry David Thoreau. I bought the mug and used it for five years as I wrote and wrote and wrote. It took that long to acknowledge being a writer was my heart’s desire, then another year before I could call myself a writer. Better still—ever since my debut mystery came out in 2013, I’ve called myself a published author.

As an only child, I loved crawling into a corner to read. Books are friends.  Way back when I was only seven, I wrote and illustrated my own version of Clement Moore’s wonderful “Night Before Christmas.” It just took a long time afterward to recognize I wanted to write fiction, or that I was good enough even to try doing it. But my career in public relations was based on expressing ideas in the written word. It turned out I was good at this, so I have always written.

My first two mysteries are set in the turbulent 1960s, so titles from Bob Dylan songs tell his fans what to expect. Desolation Row finds Austin’s husband in jail for a murder he didn’t commit,and Rainy Day Women features murders of women’s lib activists in rainy Seattle and Vancouver. Because the third book is a prequel set in 1923, I could hardly use Bob Dylan again! The song “After You’ve Gone” was popular during the 1920s, a great tune kept alive by Frank Sinatra, Ella Fitzgerald, Edie Gorme, Fiona Apple (see YouTube), and many more. It’s a fantastic song and still holds up.

Song titles aren’t covered by copyright laws, but the lyrics are. While Dylan’s are still protected, “After You’ve Gone” is no longer under copyright. These from the chorus fit the storyline of my new mystery.

After you’ve gone and left me crying

After you’ve gone there’s no denying,

After you’ve gone away, away.

(After You’ve Gone, 1918. Music by Turner Layton and lyrics by Henry Creamer)

When you read my new mystery, After You’ve Gone, you’ll see how many of my characters are seeking out their lives after someone has gone—someone very near and dear to them. They’re bereft and must carry on without these people. The biggest loss of all kicks off the mystery, of course. But there are others—oh so many others. Just count them all up. You’ll see.

After You’ve Gone with an ideal cast would include:

Reese Witherspoon stars as Austin Starr’s grandmother. Named Walter after her father the judge and nicknamed Wallie, at age twenty-three years she lives in a small Texas town with her dad in a big Victorian mansion during Prohibition.

Meryl Streep must play Aunt Ida. She’s a proper and strict maiden aunt who helped raise Wallie, pushing her to be a sweet young lady. But Wallie wants to live up to her male name by being an assertive personality.

Bradley Cooper plays the long-lost brother of the judge who turns up out of the blue. He’s on the lam from his bosses in the bootlegging business during Prohibition.

Zac Efron is perfect for one of Wallie’s suitors, and his rival would be Chris Hemsworth.

Octavia Spencer would play the role of Athalia, the family’s housekeeper and outstanding cook who brought sense and stability after Wallie’s mother passed away years ago.

Ian McShane would play Sam Maceo, a real-life gangster who had both suave charm and deadly intentions. Wallie and Aunt Ida tangle with him and his thugs during a road trip to the sinful port city of Galveston, Texas. Maceo’s progeny still reside in Galveston, these days pursuing only legal businesses. Supposedly.

My husband Bruce and I have had house rabbits for twenty years. We belong to a rescue organization in Houston called BunnyBuddies.org. We rescue and adopt abandoned rabbits, and these little fur babies are so dear and loving. Like dogs and cats, rabbits have individual personalities and provide great companionship. We also have a spaniel, but we keep the two species separate. Right now we have three bunnies—Midnight, Bella, and Precious Junior. The latter is named for our first rescued bunny, Precious, thrown out by neighbors moving right after Easter twenty years ago. That got us started with our beloved creatures. 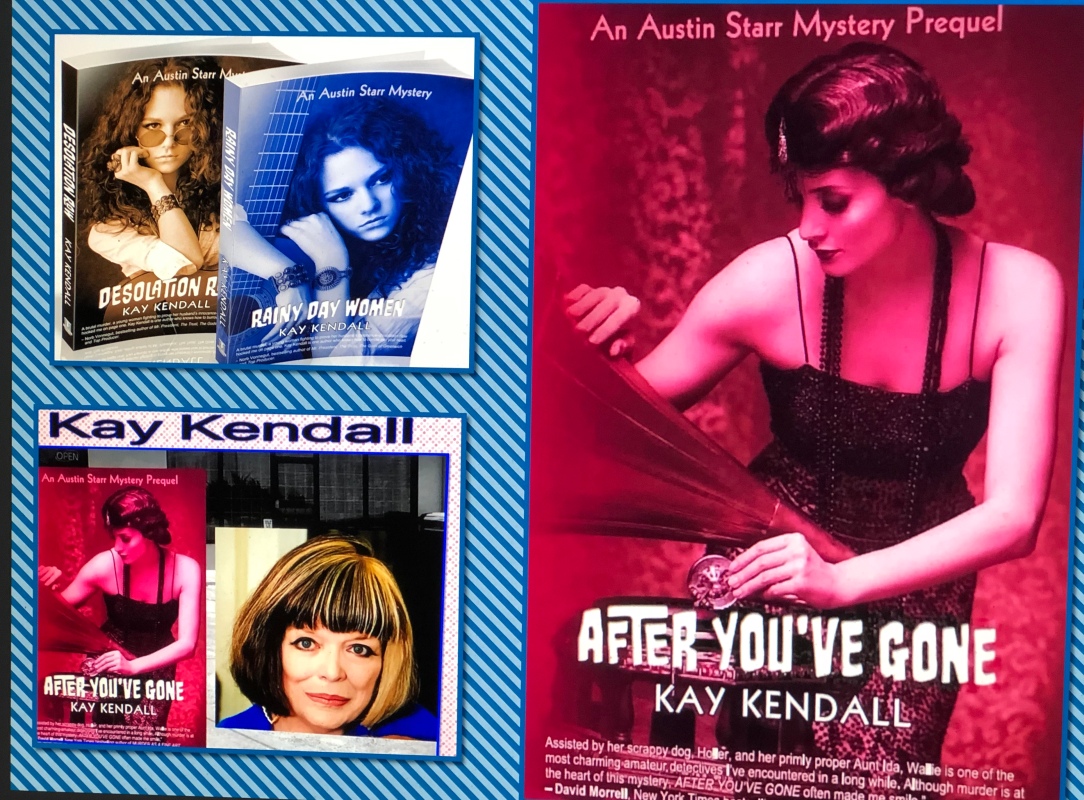