By lindasbookobsession in Uncategorized on July 30, 2019
2 comments 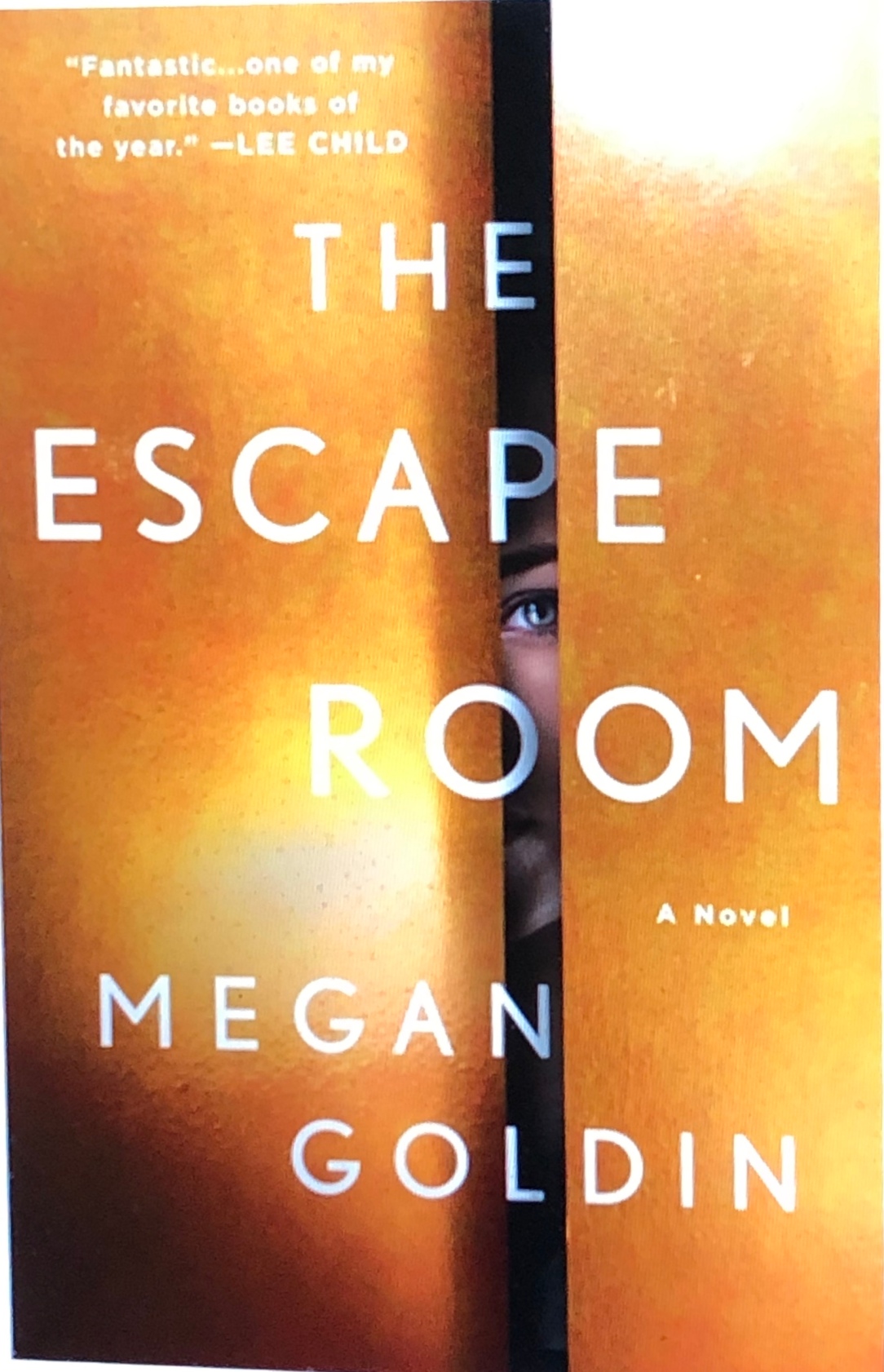 Megan Goldin, Author of “The Escape Room” has written an intense, captivating, riveting, intriguing, edgy and suspenseful novel.  The timeline for this story is in the present and goes to the past when it pertains to the events or characters in the story. The Genres for this story are Psychological Thriller, Mystery, and Suspense.  There are betrayals, lies and secrets and twist and turns. The author describes her dramatic characters as twisted, vengeful, greedy, ambitious, intelligent, dysfunctional, complex and complicated.

Four major players of a Wall Street top firm, that are used to manipulation, and deception are summoned to an emergency meeting. The company they work for is extremely wealthy and competitive.  Vincent is supposedly the leader, Sam, Sylvie and Jules all meet for what they think is a team exercise. They find themselves in a locked elevator, which they have to escape from.

Clues are left for the characters. The first is letters when unscrambled spell Sara Hall. Who is Sara Hall???  “Once a shining star— now gone but not forgotten”.The lights go out, and the heat goes on. This is not a game of Escape, this is now a dangerous and deadly game, of who will live and who will die. More clues turn up and turn each character against each other. Who will get out alive??

This story is uber intense and extremely edgy! This Psychological thriller is suspenseful and scary at times. I would highly recommend this novel.  Pay attention to the clues, and the information that is given to you.