MY REVIEW OF “THE GOOD LIAR” BY CATHERINE McKENZIE

By lindasbookobsession in Uncategorized on February 19, 2018
No comments

My Review of “The Good Liar” by Catherine McKenzie 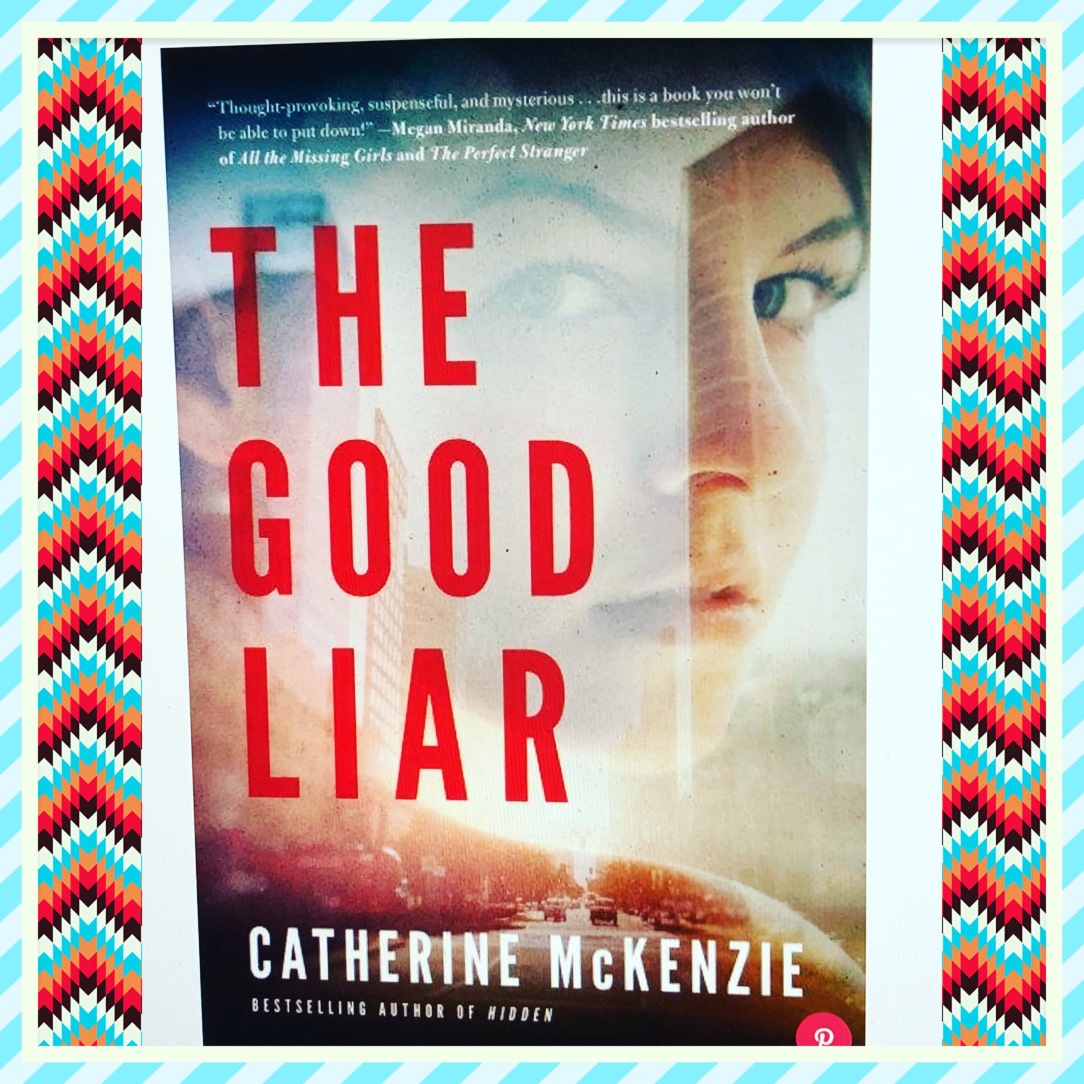 OMG! WOW! I am totally blown away by this incredible, riveting,  psychological  thriller , “The Good Liar” by Catherine McKenzie. I finished this in almost one sitting, only stopping to use the lady’s room.  I highly recommend this intense captivating novel for anyone that appreciates an amazing chilling thriller. I can even see this being made into a screenplay for a major film. I, for one will be sitting in a front row seat.

Kudos  and Bravo  to Author Catherine McKenzie for writing such a descriptive and vivid novel that weaves and interconnects  the lives of several characters and the explosive  devastating tragedy.

The author describes her characters as complex and complicated. Some live in a dysfunctional life, and some are more pathological liars than others. Is there any one that doesn’t lie? There is the small white lie, as when your best friend who has worked hard dieting and exercising, who puts a very tight dress on, and asks you how it looks? There is the lie of omission, by not presenting it, or ignoring it, therefore, it really isn’t a lie? In Catherine Mckenzie’s novel, the lies and deep secrets get more intense and suspenseful.  I would compare some of these lies in relationship to Pinocchio, the wooden puppet who wants to be a little boy, but his nose grows, every time he lies. In this case, Pinocchio’s nose would be wrapped around the world several times.

In “The Good Liar”, I appreciate the way that Catherine McKenzie takes a terrible  national tragedy, and then comes up with three characters, who have such dramatic secrets and lives. There are twists and turns, and ups and downs, that I did not see coming. There are betrayals and danger.  Do you really think you know someone? Think again, and enjoy “The Good Liar” by Catherine McKenzie. Happy Reading! I received an Advanced Reading Copy for my honest review and opinion.