By lindasbookobsession in Uncategorized on March 1, 2019
No comments 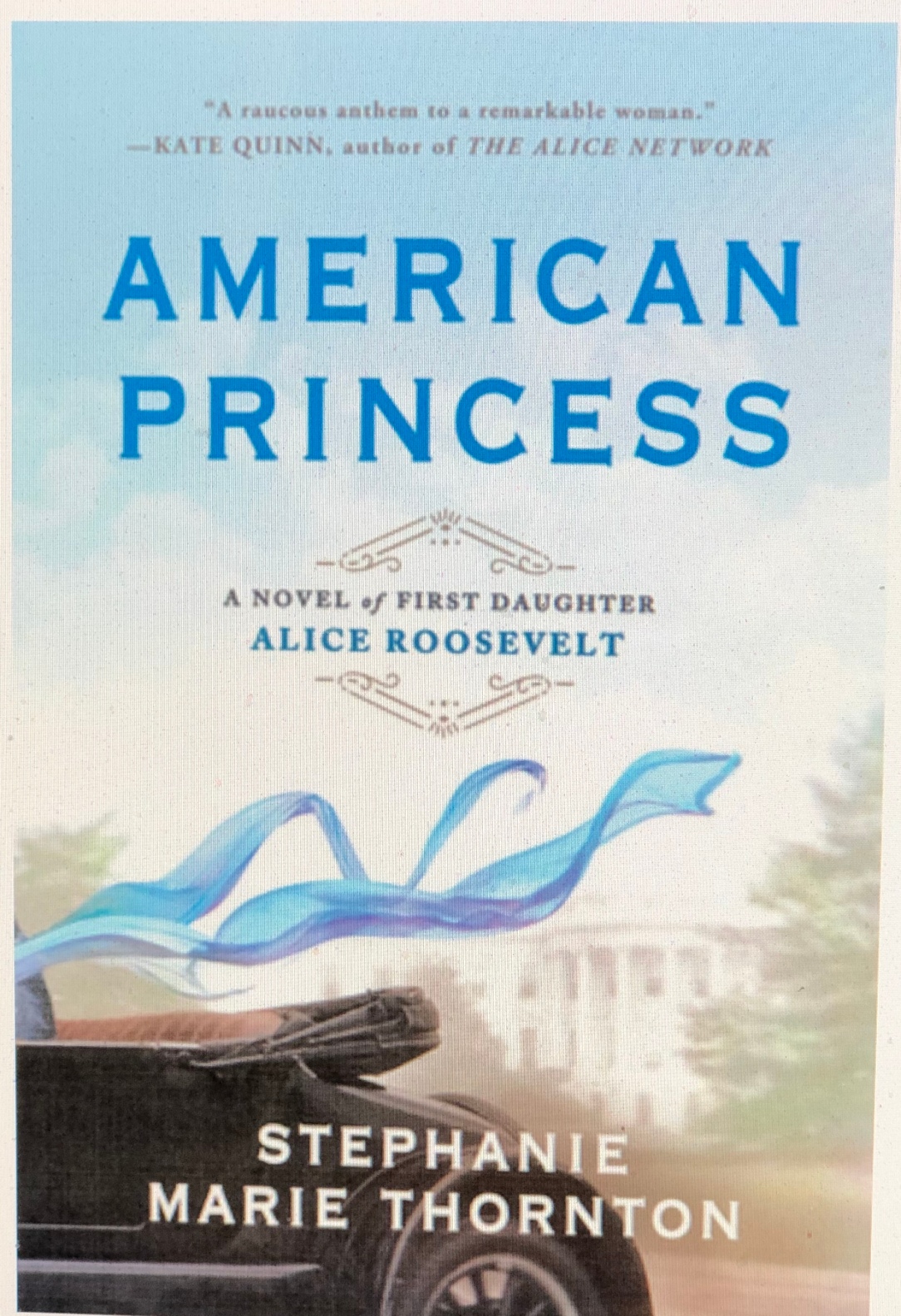 Stephanie Marie Thornton , Author of “American Princess” “A Novel of First Daughter Alice Roosevelt”  has written an enthralling, intriguing, page-turning, and entertaining novel. The Genres for this Novel are Historical Fiction, and Fiction.  The time-line for this story is just before Teddy Roosevelt became President, and continues into the twentieth first century. The author describes Alice Roosevelt as complex, complicated and attention seeking, adventurous, independent, stubborn, feisty, and intelligent. Alice was familiar with all the Politicians and important historical people.

Alice had an image of being  a “Party girl”. She was known to chew gum, smoke cigarettes,  loved fast-moving cars, and crave attention.  Often that led to the choice of poor friends, who would betray her. Alice was a celebrity in her own right.

I appreciate the many hours of historical research that the author did to provide this story. This novel is written in a descriptive and entertaining way.  The author describes her father as saying that “he could either control Alice, or the country”, when comments were made about her inappropriate behavior. Alice lived 96 years, through at least two wars, and had the opportunity to witness many things in her lifetime. I would highly recommend this novel to readers who enjoy Historical Fiction. I received an ARC from NetGalley for my honest review.