By lindasbookobsession in Uncategorized on February 1, 2018January 20, 2018
No comments 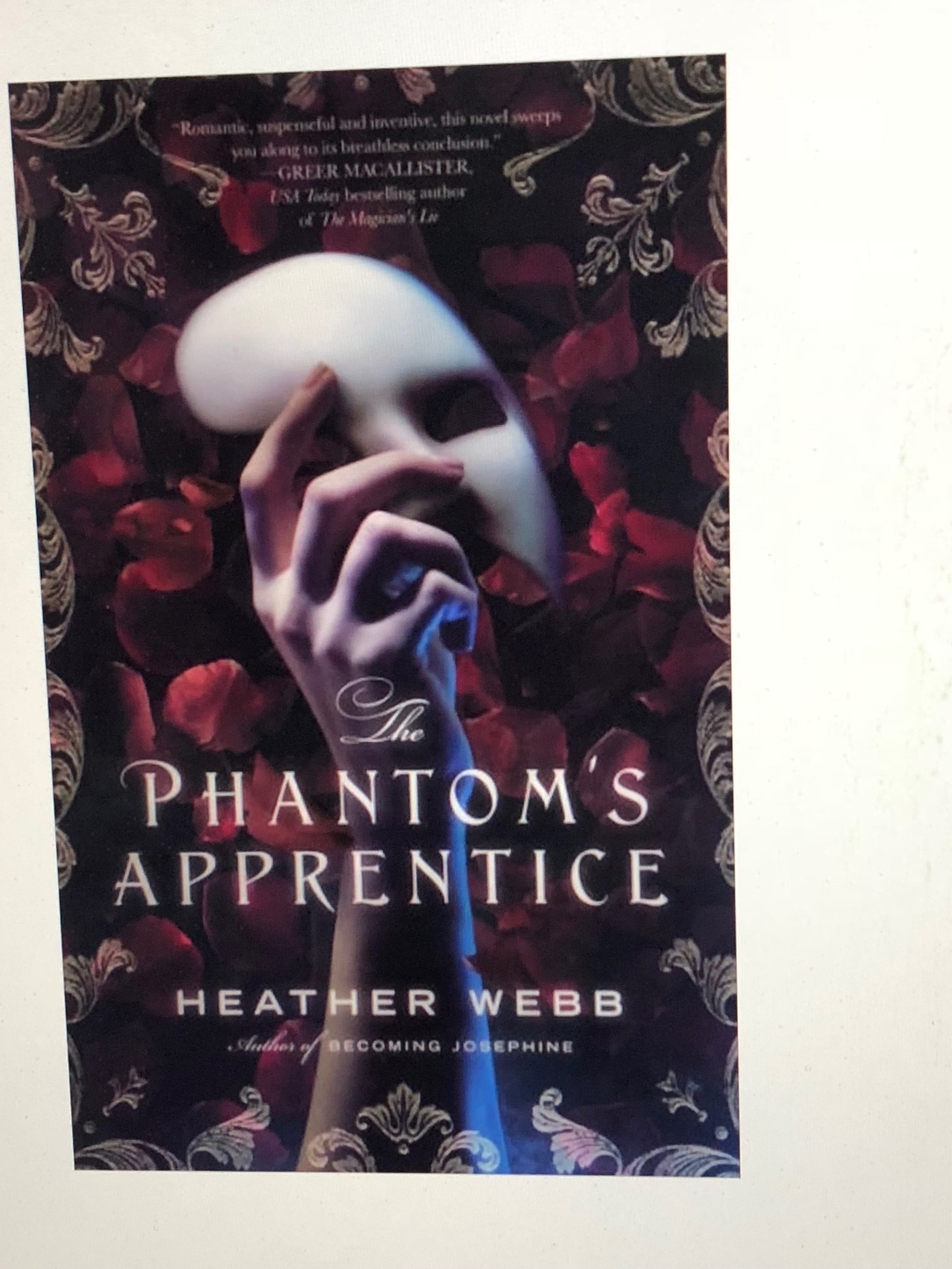 My Review of “The Phantom’s Apprentice” by Heather Webb

Bravo to Heather Webb, Author of “The Phantoms’s Apprentice” for weaving such a fantastic story combining, music, magic and mystery. The Genres for this Novel are Fiction, Mystery, Suspense, Thriller, with an essence of magicical realism thrown in.

This is sort of a re-telling of The Phantom of the Opera, with many of the similar characters, but there are differences. In this story, the reader gets to sit in the front row, and view the Paris Opera theater and its colorful cast of characters play the intense and intriguing drama concluding in a suspenseful climax.

Heather Webb describes the characters as complex and complicated. There are secrets, danger, betrayals, jealousy, threats and murder. Are any of the character really who they say they are?

A friend of the family, Professor Delacroix gets Christine an audition at the Opera de Paris. Christine get to work at the Opera. The lead singer acts in a threatening manner towards Christine.

There are rumors of darkness and a Ghost or Phantom at the Opera, making threats and demands. Then there are murders. A few times someone has saved Christine after she was attacked, and when she fell. Who is her savior?

Christine sees a childhood friend, Raoul, who gifts her with a book of Magic, and seeks her company.  “The Angel of Music” demands that Christine not see Raoul.

Christine finds comfort in practicing her Magic Arts. One wonders what is real and what is illusion?

I appreciate that Heather Webb, shows how a determined woman can do what she wants to do, in a man’s world. One also can see the differences of classes in society at this time, the rich and poor, the have and the have nots.

I would highly recommend this novel to those readers who love a mystery, thriller, and romantic story. There are twists and turns, excitement and adventure. I received an Advanced Reading Copy for my honest review.