By lindasbookobsession in Uncategorized on September 12, 2018September 10, 2018
No comments 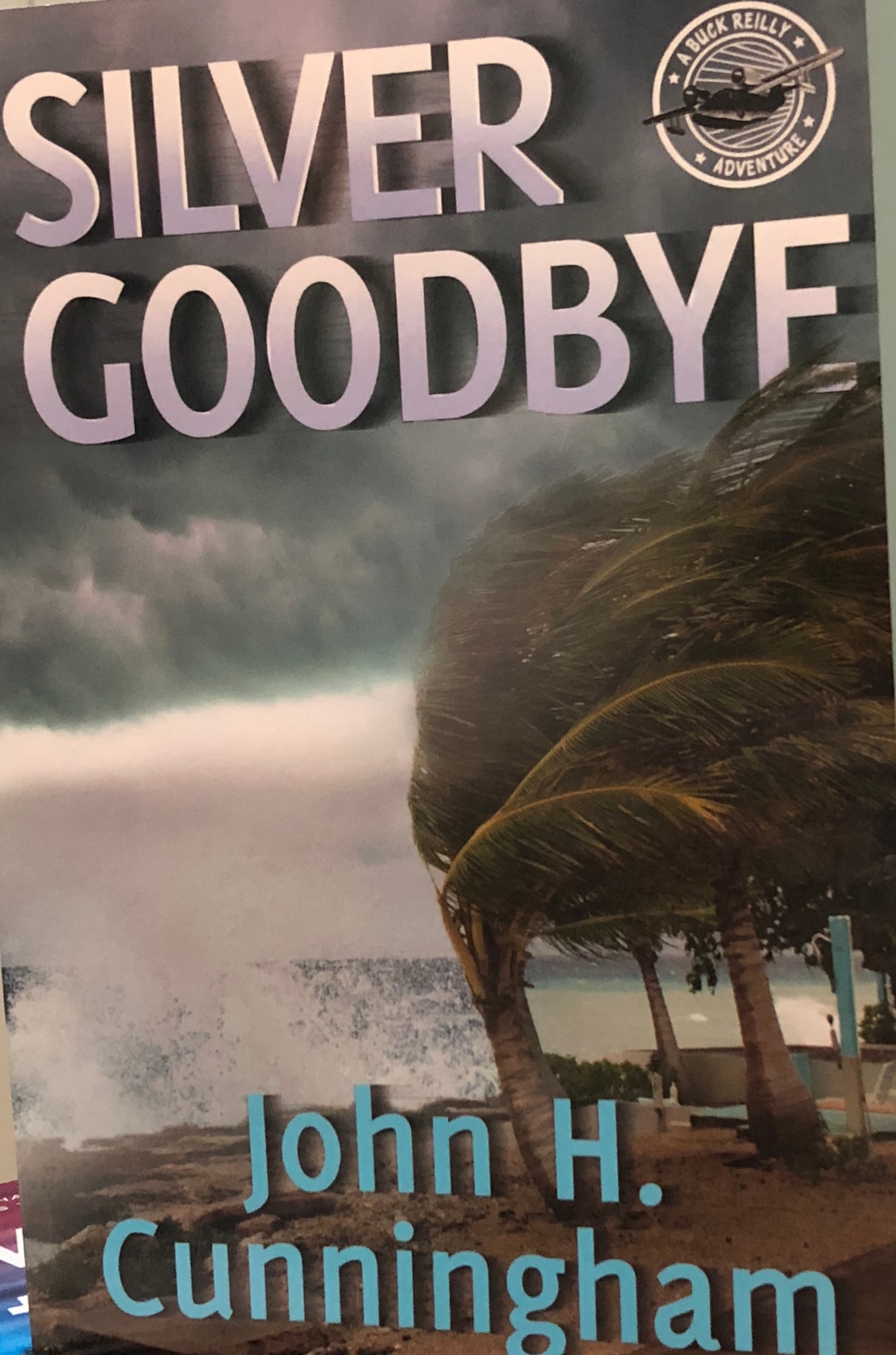 Cunningham’s seventh novel finds Buck living comfortably at the La Concha Hotel in Key West and staying out of trouble for once in his life. However, there’s a big BUT coming…

Buck discovers something shocking and sordid about his role model father, who appeared to everyone to have led an exemplary life as an Under Secretary of State with the State Department. The revelation sends Buck in search of answers to a thirty-year-old family mystery and a cache of untold riches. As any good Buck Reilly Adventure would have it, there is always a beautiful woman, a treasure, and an enemy hell-bent on making sure Buck doesn’t see the light of another day.

To make matters worse, Hurricane Irma is ripping a path of destruction through the Caribbean, forcing Buck to race against its descent onto the Keys to save the girl and find the buried stash before the storm surge washes it away.

SILVER GOODBYE will shake you at the start, stir you in the middle, and blow you away at the end.

Through the years, John has been a bouncer at a Key West nightclub, a diver, pilot, magazine editor, commercial developer, song writer and global traveler. He has either lived in or visited the many island locations that populate the series, and has experienced or witnessed enough craziness and wild times to keep the Buck Reilly series flowing. John mixes fact with fiction and often includes real people in his novels, like Jimmy Buffett, Chris Blackwell, Matt Hoggatt, Thom Shepherd, Dave McKenney, Keith Sykes, Marius Stakelborough, Bruno Magras and Bankie Banx to augment the reader’s experience.

Adhering to the old maxim, “write what you know,” John’s books have an authenticity and immediacy that have earned a loyal following and strong reviews. Buck Reilly is a reflection of us all, including our frailties, strengths, dreams, fears, successes, failures, mistakes and occasional victories. No government agency, team of soldiers, unlimited cash, or secret agents are coming to Buck’s rescue, because, well they’re not coming to us rescue either, are they?

John lives in Virginia and Key West, and spends much of his time traveling. His choices for the places and plots that populate the Buck Reilly series include many subjects that he loves: Key West, Cuba, Jamaica, and multiple Caribbean settings, along with amphibious aircraft, colorful characters, and stories that concern themselves with the same tensions and issues that affect all of our lives. 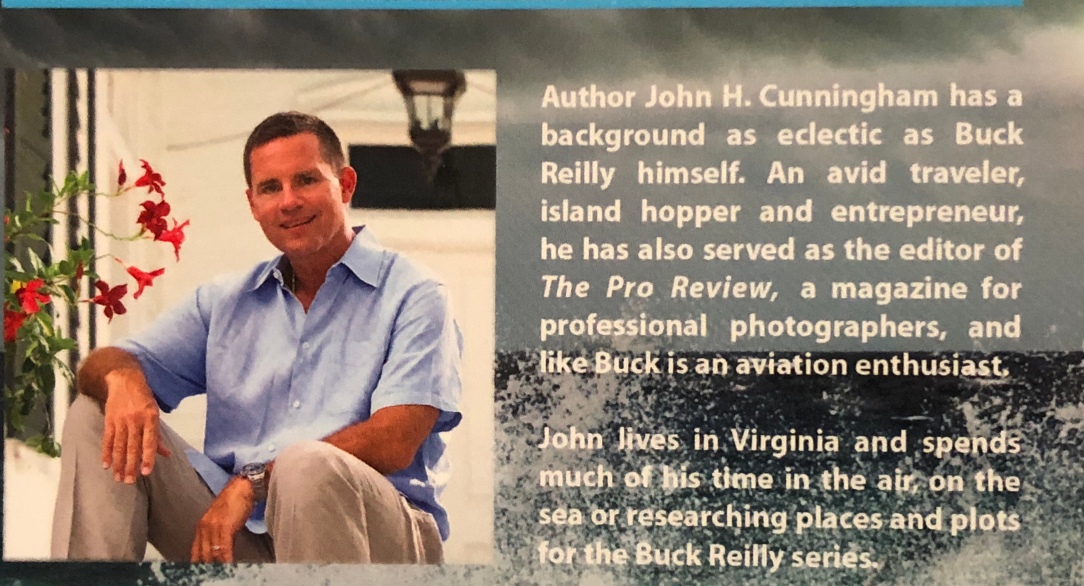 My Review of “Silver Goodbye” by John H. Cunningham

John H. Cunningham, Author of  “Silver Goodbye” has written an amazingly face paced action adventure, filled with intense, captivating, intriguing and page turning information.  The Genres for this novel are Adventure, Mystery, Suspense, and Fiction. The timeline for this story is around Hurricane Irma and takes place in Key West. This goes to the past when it pertains to the characters or events in the story.  The quirky and colorful characters are complex and complicated.

Buck Reilly is the dysfunctional hero in “Silver Goodbye” This is not the first book in the series but can be read as a stand alone.  Buck Reilly reminds me a little of MacGyver with his fearless abandon, and adventurous streak. He is capable of flying a monstrosity of a boat-plane called “The Beast. ” Buck finds a blast from the past when he stumbles upon older pictures of his father. Is his father a hero, or a villain? Buck is forced to investigate at great danger. As more information unfolds, and lack of time as Hurricane Irma is destroying the Caribbean, Buck is in even more peril. Will he be able to survive and save the day?.

There are betrayals, and deep dark secrets. Tunnels and old architecture add to the vivid descriptions that John H. Cunningham reveals. I appreciate the research that the author seems to have done as far as storms and weather go. If you enjoy a chase, intrigue, and suspense. I highly recommend “Silver Goodbye” as a read for you.